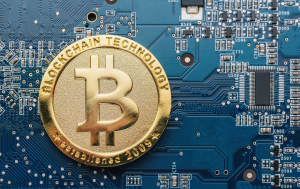 Cryptocurrencies have attracted a lot of attention in the last few years. But why? In what contexts are these digital tokens useful, and which industries are most at risk of disruption?

Cryptocurrencies have the potential to change the way we do business. It’s simply not practical for every individual or company to set up their bank account and verify personal information to become a financial institution.

However, with cryptocurrencies being independent of any government or central bank, it opens up a world of possibilities for global adoption. How can this be accomplished, though? The answer is in blockchain technology.

Blockchain is the backbone of cryptocurrency systems and serves as an immutable record of digital transactions (blocks) that are connected through cryptography.

Cryptographic algorithms (e.g hashes, public keys, private keys) allow two users to transact anonymously without revealing sensitive details about their identities or how much money they’re sending to the other party unless necessary.

The use of blockchain allows parties relying on a third-party intermediary such as a bank to make transactions without having to trust them with sensitive information regarding the transaction itself.

keeping banks honest while also lowering costs by cutting out banking middlemen. Read on for more insights on how blockchain & cryptocurrencies will change financial services in the long term.

What is Blockchain Technology?

Blockchain is a decentralized, distributed digital ledger that records information about financial transactions and other contract activities (such as property transfers or ownership rights) in a permanent, unchangeable record.

This distributed ledger is managed by various institutions, companies, and individuals all over the world, hence the term “blockchain.“

What makes blockchain technology stand out is that it is decentralized: no central authority manages it, allowing it to be more secure than centralized systems in which one party controls the records and can modify them at will.

How does Blockchain Technology Work in finance?

One key advantage of blockchain technology is its ability to securely record and track assets (such as stocks, bonds, real estate, and financial instruments) and their transferrable ownership rights, thus eliminating the hassle of going through a centralized intermediary such as a stock exchange or a bank.

People and organizations can store this information on a blockchain, a distributed system that tracks assets and verifies ownership details. For instance, suppose a fruit or vegetable market wants to track its assets on a blockchain.

Instead of writing a paper trail that is prone to human error or tampering, it can use blockchain technology to track and record the movement of assets.

Benefits of Blockchain in Finance

– Increased Privacy & Security: By using blockchain, transactions can be made completely private and untraceable. This is because once a transaction is broadcasted to the network, it becomes public and anyone can see it but no one can change or delete it.

– Reduced Intermediary Costs: Blockchain technology can reduce the cost of doing business due to its decentralized nature. This means that a company or individual doesn’t need to pay a third-party intermediary (such as a stock exchange or a bank) to process a transaction.

– Reduced Risk: Using blockchain technology has the potential to lower the risk of fraud in business, as no one can falsify information and get away with it. This is because every transaction and asset on a blockchain is recorded.

– Reduced Risk of Errors: By reducing the risk of human error and tampering, blockchain technology also helps reduce the risks of errors in the financial system, thereby increasing the trustworthiness of the system.

Disadvantages of Blockchain in Finance

– Lack of Standardization: Since blockchain technology is open-source and decentralized, different entities and organizations can use it in different ways, which can lead to a lack of standardization and interoperability. This, in turn, makes it hard for financial institutions to develop blockchain-based products and services.

– Lack of Scalability: Blockchain is a decentralized system, so large data loads on the network can slow it down, making it hard for applications to seamlessly access the network and verify data.

– Predictions are Tough to Make: Predictions on how quickly financial institutions will adopt blockchain technology are tough to make, as no one knows exactly how they will change their systems and business practices.

Some companies may be slow to adopt blockchain, while other financial institutions may be quicker than others.

Is blockchain required for cryptocurrencies to be used in finance?

If a cryptocurrency can’t be traded on a platform that uses blockchain technology, then it probably won’t disrupt financial services through its use in this sector.

Finally, Blockchain and cryptocurrency have the potential to revolutionize global financial services. However, uptake of these technologies will depend on the adoption of blockchain-based platforms for trading cryptocurrencies.

Financial services companies will need to be nimble and flexible to adapt to the rapid changes that blockchain technology brings.