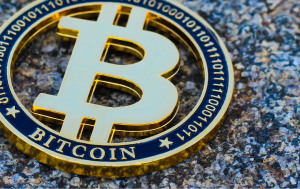 Digital currencies like Bitcoin have the potential to increase global prosperity by 10% in just over a decade. According to a new report. Speaking at a United Nations General Assembly (UNGA), Bitcoin Foundation Chief Economist Dr. Tim Swanson laid out his prediction for how digital currencies could accelerate economic development through increased access and transparency in the financial services industry.

The firm’s report suggests that advancements in digital currency technologies could boost global output by up to $1 trillion by 2030. By implementing blockchain technology that documents each transaction on a decentralized ledger and making it accessible to anyone interested in buying or selling.

We could see more than 20 million new users join the cryptocurrency ecosystem as soon as next year. In fact, within one month of its launch in January 2018. Coinbase reported more than 100,000 new customers joining its platform per day.

An impressive figure even if it doesn’t account for repeat purchases or individuals who buy multiple units of digital currency to save costs. This is just one example of how digital currencies hold the potential to transform the world economy through increased access and transparency. Whether you believe today’s price reflects this potential or not is another story

How Bitcoin Can Help Increase Global Prosperity: The Benefits

The report forecasts that digital currencies could help increase global prosperity by 10% by 2030. The report suggests that this increase could be as large as $1 trillion.

The advantages of Bitcoin are numerous for both the financial sector and the wider economy. Banks and financial institutions have been criticized for being too slow and inefficient in bringing new technology to the market.

With more people having access to financial services, a large number of people could also earn additional income.

Blockchain technology has the potential to revolutionize the financial sector by reducing the costs associated with financial transactions.

Currently, financial institutions spend billions of dollars every year on record-keeping and reconciliation. With blockchain technology, though, these costs could be reduced by at least 50%.

The report forecasts that more people will use Bitcoin as a way to make online purchases. The report states that by 2030, 20% of all e-commerce will be conducted using Bitcoin.

Bitcoin has shown great potential as a form of remittance. The process of transferring money across borders. The Bitcoin network is currently the most cost-effective means of remitting money to developing countries.

However, accepting Bitcoin as payment is growing rapidly in both developed and developing countries.

The report further forecasts that more people will use smart contracts, which are computer programs that automatically execute the terms of an agreement when certain conditions are met. It also states that by 2030, more than 6% of assets will be managed with the help of smart contracts.

Another aspect of smart contracts that could see significant growth over the next decade is trade confirmation. The report states that more than 1% of all commodities traded each year will have their trade confirmations confirmed by a digital currency by 2030.

Businesses that currently conduct less than 10% of their trade using digital currency could increase their usage to as much as 50% by 2030. Robotics and artificial intelligence could help make digital currency more accessible to the masses.

Also, impressively 2% of digital currency transactions could be completed by a robotic device by 2030.

The report concludes that digital currencies will have a significant impact on global prosperity. By 2030, more than 20% of the world’s new financial services users will use digital currency. The report suggests that this could increase global output by as much as $1 trillion.