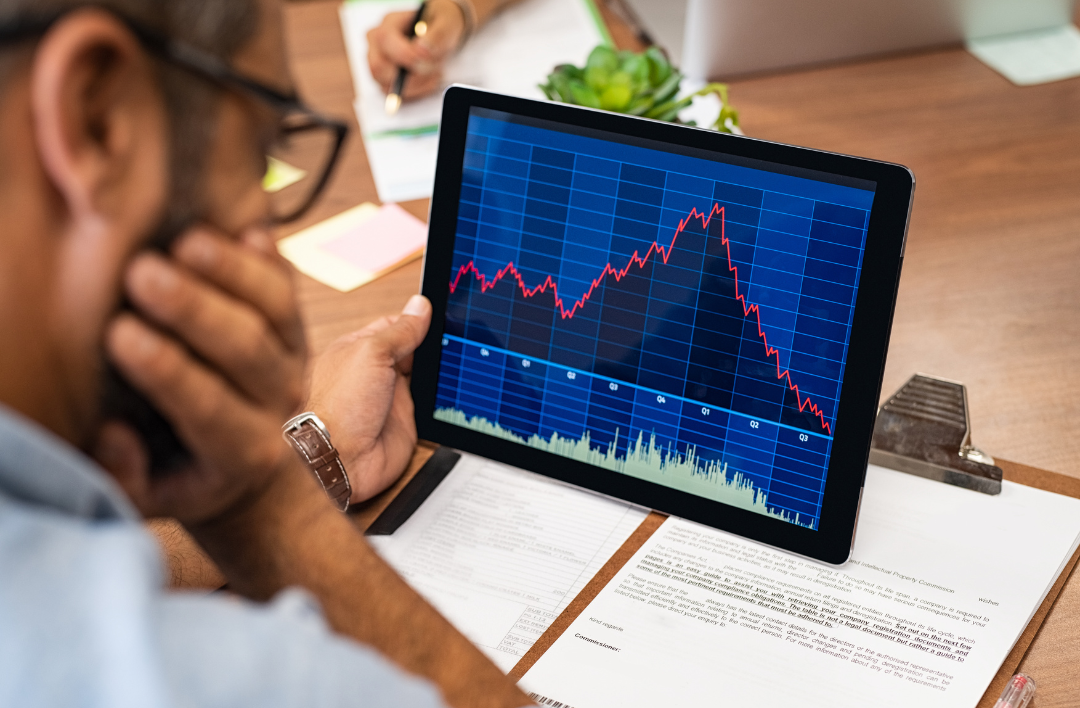 The stock market has been booming for the past decade. Some of the best-performing asset classes have also happened to be the most popular. Investors have poured money into mutual funds and exchange-traded funds (ETFs).

That track broad market indexes like the S&P 500 or the Dow Jones Industrial Average, making them some of the most liquid investment vehicles available. This has contributed to a steady ascent in prices over the long term.

However, this boom is not guaranteed to continue indefinitely. There is a multitude of signs that indicate we are on the precipice of something called a “crash” a sudden drop in stock prices that can last for weeks or even longer.

Hence,  an excessive amount of small companies are listed on exchanges. The severity of a crash varies depending on several factors including its timing and magnitude. As well as how widespread its effects are on other markets and financial institutions.

What causes stock markets to crash?

The simplest answer to this question is that there is no single cause of a stock market crash. Instead, it is the result of a confluence of various factors that produce a decline in stock prices.

The exact sequence of events is hard to predict, but market crashes are usually preceded by an extended period of strong growth and high prices.

Investing in stocks is inherently risky, but it is also an opportunity that can result in significant returns over time, depending on the market’s performance.

Short-term market declines, such as a crash, can be caused by a large number of factors. In some cases, the cause is not immediately evident.

Other factors are more likely to be involved if one looks for underlying factors that can trigger a decline in a particular market.

A sudden increase in the supply of a commodity, like oil or an agricultural product, can cause a sudden decrease in the price of these goods.

A supply glut can also cause a decline in stock prices if the glut is large enough and becomes widely known.

When a stock market is extremely volatile, that means that there are frequent movements in price. When this happens, it is a sign that traders are increasingly concerned about the stock market’s health.

Another sign that the market is becoming increasingly volatile is that a lot of trading takes place without any real gains or losses. This is especially true during times of high volatility.

There is a lot of speculation and “market-timing” in high-volatility markets. This activity is usually a sign that investors are very uncertain about the future direction of the stock market.

Downturns are preceded by rising volatility.

Just as extreme volatility can indicate a possible crash, it can also precede a downturn. A sustained period of rising volatility often precedes a severe market correction. During which the price of a particular asset experiences a sudden decrease.

A sustained period of rising volatility can be a warning sign of a correction because the market is getting increasingly nervous about its health.

Shortsightedness and extreme valuation are other common warning signs.

When investors become overly optimistic about the short term and start buying stocks that are untested and overvalued, this is called “market-timing.” This is a dangerous practice that can lead to a crash, especially when it occurs in a sustained fashion.

Another warning sign is when investors start to bet against their investments. This is called “shorting” and is a common practice in bear markets.

As we mentioned above, a crash can occur quickly and without any noticeable warning signs. The stock market can suddenly become extremely illiquid, which means that it is very difficult to buy or sell a specific stock without first committing a significant amount of capital.

A sudden drop in market liquidity can happen when a lot of large investors suddenly sell their stakes in a particular stock because they are very nervous about the market’s health.

If the market becomes illiquid, it can be extremely difficult for small investors to sell their shares of a stock that is now considered to be overvalued. When this happens, the price of overvalued stocks can plummet, causing a dramatic market correction.

The US dollar is likely to depreciate.

When a stock market declines severely, they are often accompanied by a significant. if not the main, price decline in the US dollar.

This is especially likely if a stock market crash is accompanied by an economic downturn. This can be a sign that an economic slowdown is underway. The US dollar is likely to depreciate because investors typically try to get out of it when there is a significant market correction.

In summary, crashes are typically unpredictable events that can happen at any given time. One of the simplest ways to protect yourself from a potential crash is to buy a diversified mix of different stocks. Especially those that have a long track record of rising and falling over time.